One thing to keep in mind is that Japan is a modern country like any other.  Yes, there are temples, beautiful castles, kimonos, festivals, Mt. Fuji, etc., but at the end of the day most of the things you pass will be 7-11 convenience stores, taxis, men in business suits, office buildings, the regular and mundane things you’re used to from back at home.  In that sense, it’s pretty hard to go wrong.  They take credit cards, cash is available, the police are around, it’s the safest country in the world, and yes, they often use forks.  It’s not like you’re going to an outpost in Burma.

That being said, there are some thing to keep in mind.

Outside of the hotels, airports, and tourist areas, the average Japanese person will be nervous about interacting with you, partly because they don’t have a lot of experience dealing with foreigners, but mostly because English just makes them nervous and puts them on the spot.  Walking up to someone on the streets and asking them a question in English won’t work most of the time.  I’ve even had Japanese friends who are near fluent English speakers tell me they wouldn’t admit to speaking English if a foreigner approached them just because they’re be too nervous that their English isn’t good enough. 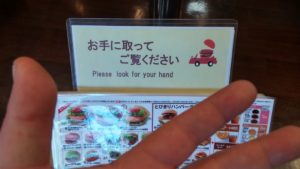 What do I win?

The video should give you a good idea of what to expect in your Japanese hotel room.  Hotels are also a good place to find English speakers if you need one.

Click here for the page on general transportation information, including videos.

Japan still isn’t 100% English friendly, especially at the smaller stations.  Some of the signs will be in Kanji, including some stations that will only have station names in Japanese, so it might be hard to find your destination.  This isn’t usually true of the larger stations, and they also will have English speaking information kiosks, but if you get off the beaten path then you might run into a hiccup.

Hyperdia does a good job of giving you the track number and I’d recommend using it.  The station staff usually won’t speak English but you can get out Google maps and point it to and they’ll give you a track number.  The trains themselves have monitors that will alternate between Japanese and English, letting you know which stop is next.

If you’re female, yes, be aware of your surroundings.  Japanese aren’t violent or aggressive, but they can be perverts.

Other than that, sit back and enjoy the sights and sounds.  At night when the city is lit up the buildings and lights are like fireworks. It’s hard to get a video, but here’s a trip between stations on a weekday:

They’re everywhere and they have the typical convenience items like we have back at home.  A big bonus is the food.  You can get everything from something to drink to a full lunch or dinner.  The food is made fresh daily and you have quite a few options.  It’s a good way to save time and money.

If you get something that looks like it’s meant to be heated, the cashier will ask if you want it heated.  You don’t have to understand the Japanese since it will probably be the only question he asks you.  If he holds up your item and asks a question, say YES if you want it heated or NO if you don’t. 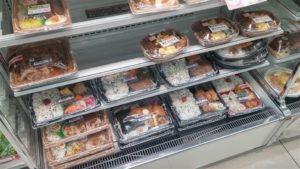 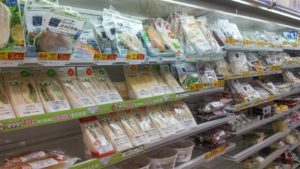 Most smaller Japanese restaurants you see on the streets will have little models made of the food, so you won’t have to understand much about your selection.  Look in the window, see what the food looks like, and head in if it looks good.  The menus will also have pictures of the food most of the time.  You can find a lot of places to get lunch or dinner for under $10, especially places like ramen shops or other similar type places.

You probably already know this, but they don’t tip in Japan.  And they don’t want to be tipped.  You might feel polite in offering something, but to them it’s just awkward that some stranger is trying to give them money.  Imagine if you met a tourist visiting the US and he tried to give you $3 for some random reason.  Would you take it?

The address system Japan uses is based on the location of the building and when it was built, so an address that reads 1-5-13 Nagano means it’s in the 1-5 section of Nagago it’s the 13th building built in that area.  The one next to it might be 1-5-2 and the one next to that might be 1-5-8, so you don’t walk down the street and watch the numbers progress in order. The major streets in major cities will have names, but a lot of streets won’t.

There won’t be directions that tell you to walk down to Park Avenue, turn left, then turn right at 6th street.  You most likely won’t be traveling too far from a train station and you can figure out locations with Google Maps, but you’ll be using landmarks and GPS more than street names.

Please see the comment area below for additional information.